It’s hard not to love Bob Ross. But oil paints are a lot of commitment. Luckily, his timeless techniques translate pretty well into the digital real. There’s a lot low-res charm to the MSPaint masterpieces created by Slivkans during this fun little virtual event! Take a look at the gallery below:

The DR Beautification Committee just equipped Slivka’s Discovery Room with a 3D printer, which is available to any Slivkan after a short training session. We also now have a digital microscope and an AeroGarden, which is currently growing parsley, dill and Genovese basil.

Coming up next on the agenda: cool new LED tape lighting to add that extra oomph to future raves, D&D sessions, and other general purposes!

On Monday, May 19, Slivka rekindled an old tradition: constructing swords out of foam tubes and PVC pipe. The swords were then decorated with various colors of duct tape and used for impromptu dueling.

Others made cardboard armor and shields, as well as at least one staff of doom. All in all, a very productive night.

On Monday, Slivka’s IT Committee held an “Interactive Clue” event. Each of the five IT members played a Clue character with a twist. The roles were as follows:

Participants had to find each of the characters as they moved around Slivka, asking what they knew about suspects, weapons, and rooms. Was it Miss Blue Jay in the Bike Room with the unrefrigerated left-overs? Or was it Colonel Ketchup in the Rec. Lounge with the zebra-striped perler bead? That last one takes some imagination.

Last night, in honor of Colorado Appreciation Day (a semi-legitimate holiday), Slivka baked brownies. Additionally, Slivkans got in touch with their creative side by drawing elaborate sharpie tattoos. Using a clever bit of chemistry, the drawings were sealed using a combination of baby powder and hair spray, which formed a liquid bandage-like coating to protect the art. Science for the win!

In other news, Slivka recently decided to adopt the octopus as our official mascot. Hopefully a name will be appearing in the near future.

Check out some new updates to the website! Continue reading to learn more.

On April 23rd, Slivkans gathered in the rec lounge to make a variety of origami items! These included flowers, cranes, frogs, and much more! 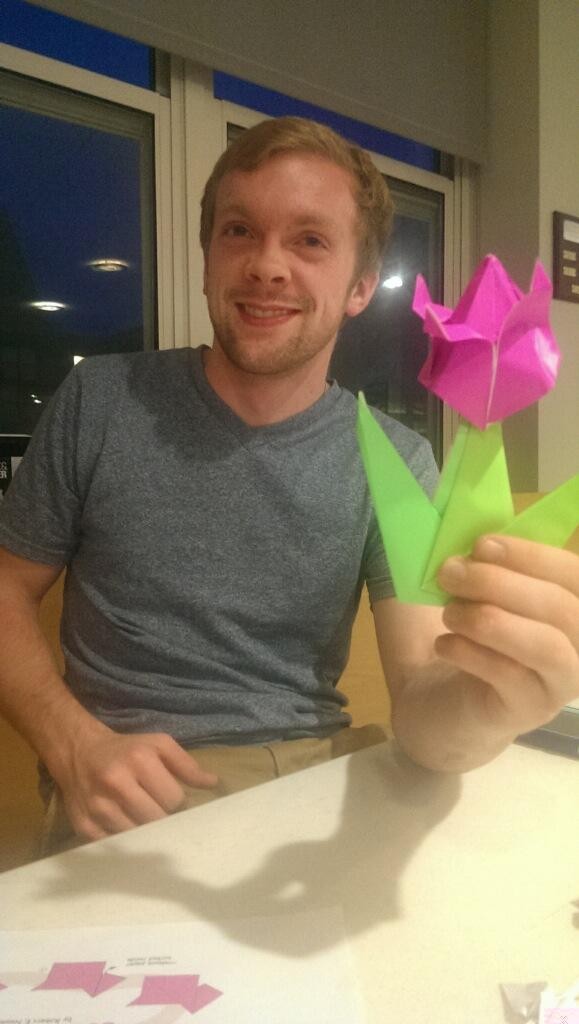 On Monday March 10th, Slivkans gathered in the rec lounge to bake and decorate cookies! As part of reading week, this event helped Slivkans take a break from studying for finals.

On Valentines Day, Slivkans gathered in the rec lounge to write nerdy valentines to each other! Many of these consisted of bad puns and pick up lines. They were then delivered by IT committee to Slivkans all around the building!