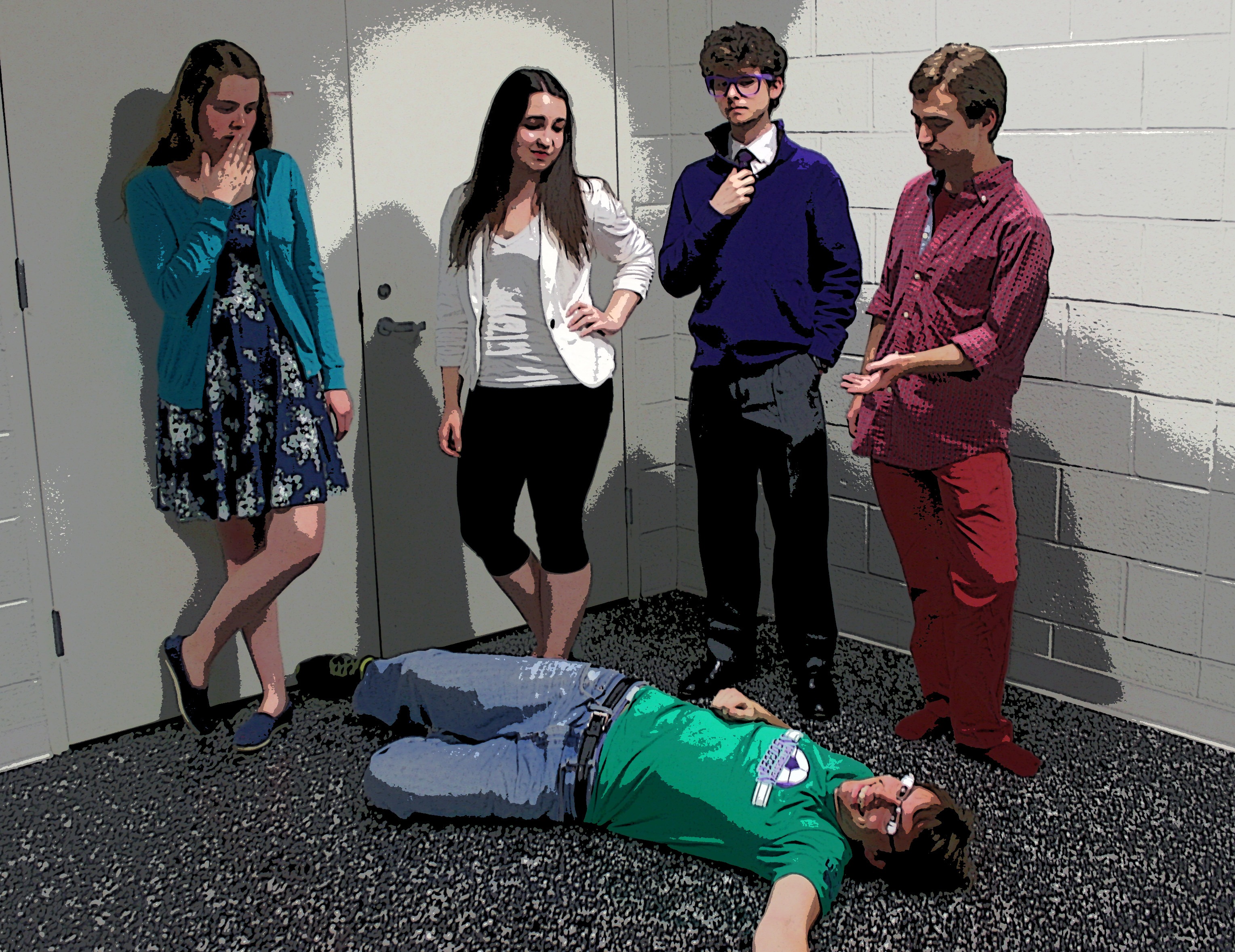 On Monday, Slivka’s IT Committee held an “Interactive Clue” event. Each of the five IT members played a Clue character with a twist. The roles were as follows:

Participants had to find each of the characters as they moved around Slivka, asking what they knew about suspects, weapons, and rooms. Was it Miss Blue Jay in the Bike Room with the unrefrigerated left-overs? Or was it Colonel Ketchup in the Rec. Lounge with the zebra-striped perler bead? That last one takes some imagination.